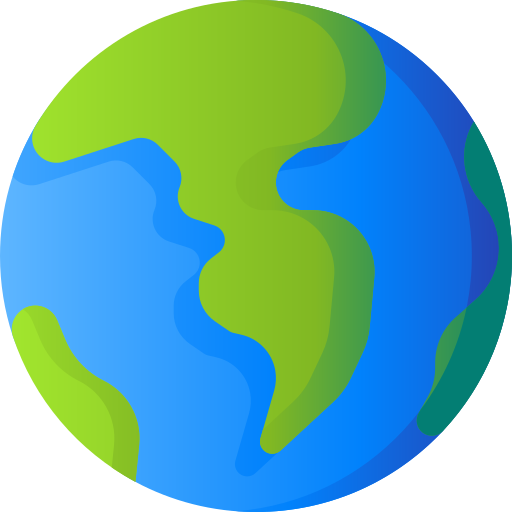 The Mysteries of Light

Much of what scientists know today about the universe comes from observing and analysing light. Human civilisation has exist for more than 5000 years. Yet, mankind has only began to have much discoveries and comprehension about light at around the eighteenth century. Even until this day, light is a mystery and scientists can only conclude that light can have dual behaviour — as a wave and as a particle.

Light is essential to the existence of life on earth. WIthout light, plants will not be able to make food (procecss of photosynthesis). Many living things will not survive without plants.

Have you ever wonder what is light?

Over the centuries, scientists have differing theories about what is light. Eventually, they concluded that light can assume the characteristics of either a particle (called photon) or as an electromagnetic wave. 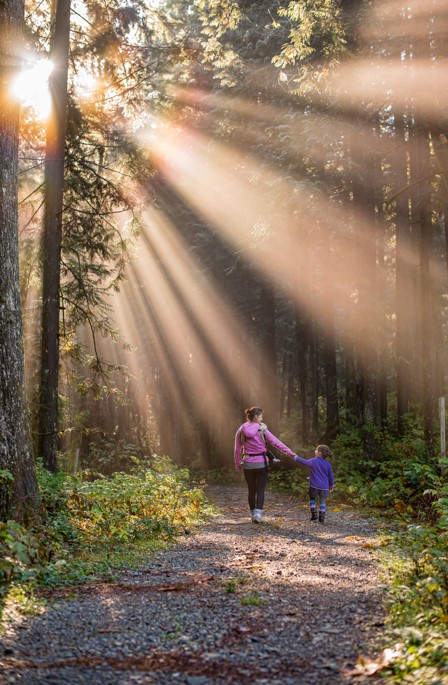 1. Light as a Photon

In the seventeenth century, Sir Isaac Newton championed the theory that light consisted of tiny particles called corpuscles. Then in 1905, Albert Einstein proposed the existence of discreet energy packets during light transmission. 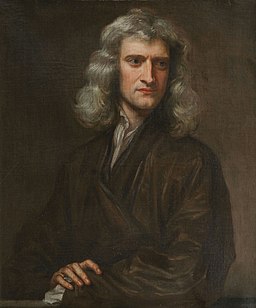 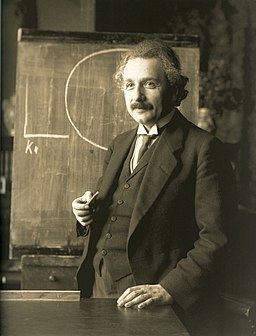 Einstein discovered through the Photographic Effect.

In 1887, German physicist Heinrich Hertz noticed that shining a beam of ultraviolet light onto a metal plate could cause it to shoot sparks.  This became known as the photoelectric effect.

What is the Photographic Effect?

The photoelectric effect is a phenomenon in which electrons are emitted when electromagnetic radiation, such as light, hits a material. 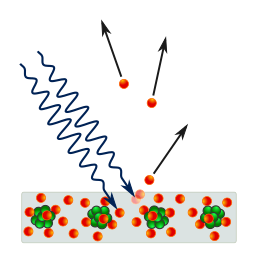 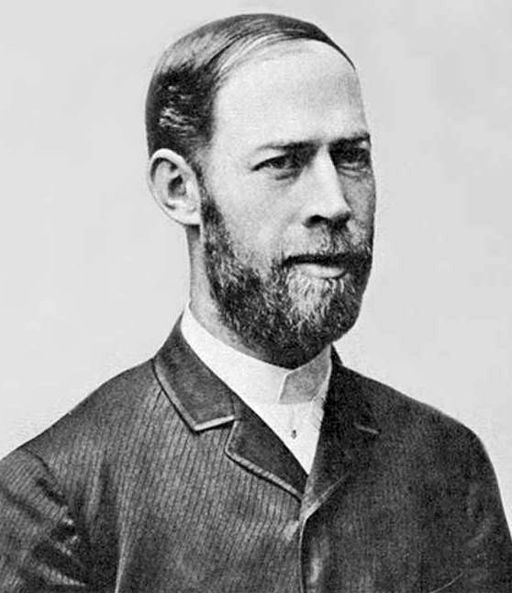 In 1905, Albert Einstern explained that  Light is a beam of particles called photons. The photons of a light beam have a characteristic energy, called photon energy. When that beam is directed at a metal, the photons collide with the atoms. When an electron within the metal absorbs the energy of a photon sufficiently to break free, it will be ejected, producing the photoelectric effect. Hence, the photoelectric effect is evident that light can assume the characteristics of particles.

What we have provided above are just some of the scientists that discovered that light can assume the characteristic of a particle. There are in fact many more Scientists not mentioned here, e.g. Max Planck who derive the concept of quanta and Einstein extended Planck’s concept to arrive at this photographic effect theory.

Throughout the centuries, many scientists have been in search of the mysteries of Light. In the next section, we shall examine how Light was discovered to assume the characteristics of Electromagnet Wave. 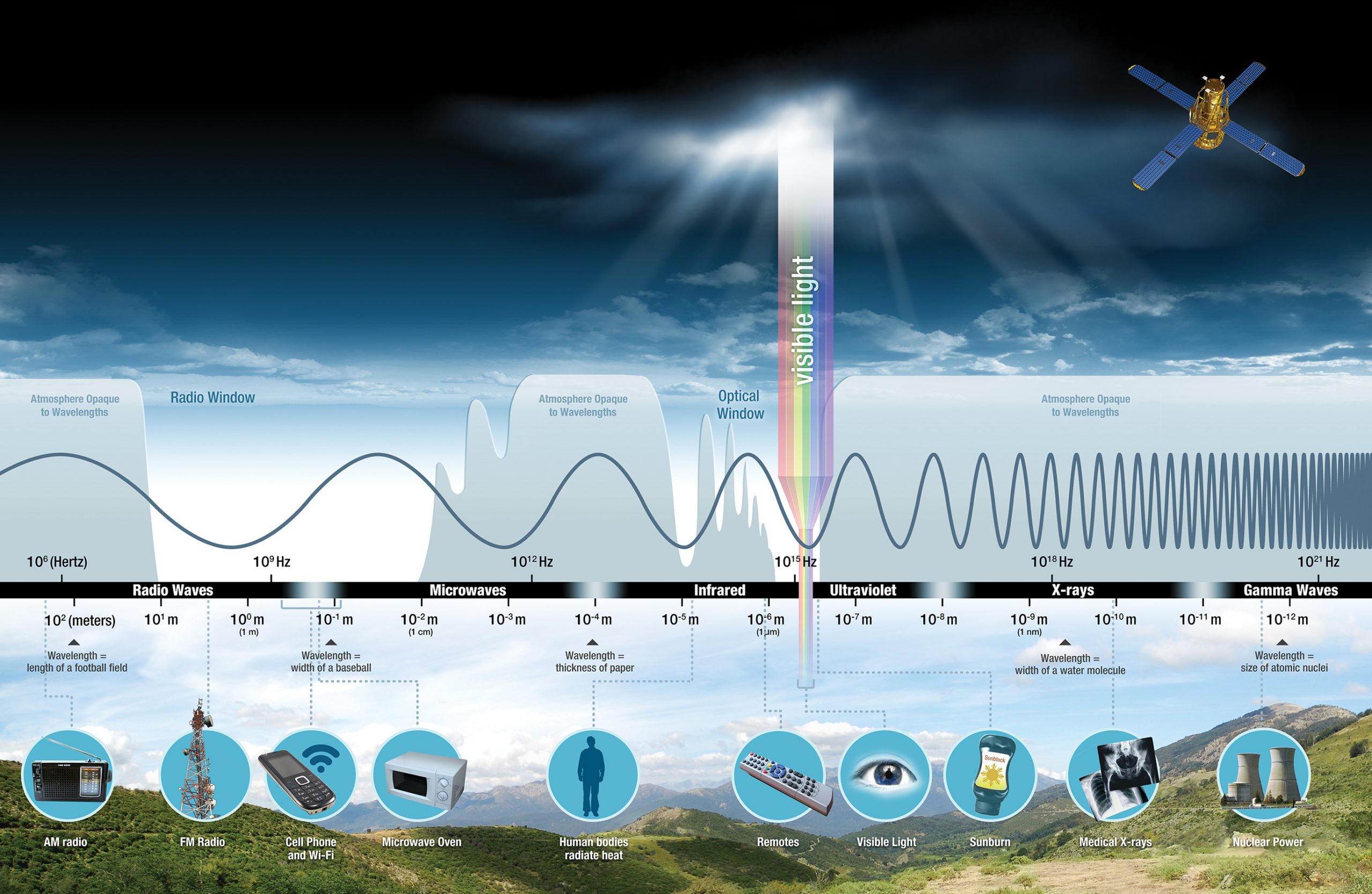 The Colors of Visible Light

If you shine a beam of white light at an angle to one surface of a glass prism, you will see that the white light is dispersed into a rainbow of colors.

In fact, visible white light is made up of different wavelengths of light, and each wavelength is a particular colour. The colour we see is a result of which wavelengths are reflected back to our eyes.

Who discovered the Electromagnetic Spectrum?

In the year 1800, Sir William Herschel was exploring how much heat was contained in the different colors of light. To his surprised, he found that the thermometer that was  out of the light had the highest temperature. As a result, he discovered infrared light.

In 1845, Michael Faraday  found that the plane of vibration of a beam of linearly polarized light incident on a piece of glass rotated when a magnetic field was applied in the direction of propagation of the beam. This was one of the first indications that electromagnetism and light were related. In May 1846, Faraday published the article Thoughts on Ray Vibrations, in which he speculated that light could be a vibration of the electric and magnetic lines of force.

In the 1860s, the Scottish physicist James Clerk Maxwell, unified the fields of electricity, magnetism, and optics. In his formulation of electromagnetism, Maxwell described light as a propagating wave of electric and magnetic fields. He predicted the existence of electromagnetic radiation: coupled electric and magnetic fields traveling as waves at a speed equal to the known speed of light.

In 1887 Heinrich Hertz demonstrated the existence of radio waves in his laboratory.

German scientist, Wilhelm Conrad Röntgen, discovered x-Ray in 1895 by accident and he took an X-ray photograph of his wife’s hand, revealed her wedding ring and her bone. It wasn’t until 1912 that scientists were able to conclude x-Ray is another form of light.

Gamma-rays were first observed in 1900 by Paul Villard when he was investigating radiation from radium. In 1914, when Ernest Rutherford observed that they could be reflected off the layers of a crystal, it was clear that they another form of light.

The Mysteries of Light

As you can see from the above, it is through many scientists that we discovered the characteristics of light.

There are many mysteries in the universe and there are many mysteries that are yet to be found.  Scientists can only conduct experiments to discover, to predict, to analyse. However, no one has the complete picture unless the Maker of this Universe choose to reveal it to scientists. Science does not replace God. In fact, the truth of Science would have revealed to us that there is a God who is so infinite in wisdom and knowledge.

Waves such as X-rays and Gamma rays can pass completely through the human body and can cause damage to human tissue and DNA. Gamma rays are produced by the hottest and most energetic objects in the universe, such as neutron stars and regions around black holes. Satellites above the Earth’s atmosphere have  detected electromagnetic waves such as x-rays, gamma rays and ultraviolet radiation, emitted from celestial objects. Gamma rays have so much penetrating power that several inches of a dense material like lead, or even a few feet of concrete may be required to stop them.

Ultraviolet rays from the sun  are also dangerous because they destroy the DNA within the cells of living creatures. Large doses of these rays can trigger diseases such as skin cancer and have an impact on the entire ecosystem.

EM waves such as x-ray, gamma rays and ultraviolet light radiates from planets and stars are harmful to us. So how much are we at risk?

DISCOVER THE TRUTH OF HOW GOD HAS BEEN PROTECTING US

When God created the earth, He has carefully created an atmosphere. Near an altitude of 25 km, there is a rather thick ozone layer. This layer absorbs ultraviolet rays from the sun and other harmful waves, thereby preventing them from reaching the earth’s surface, where they would devastate life. 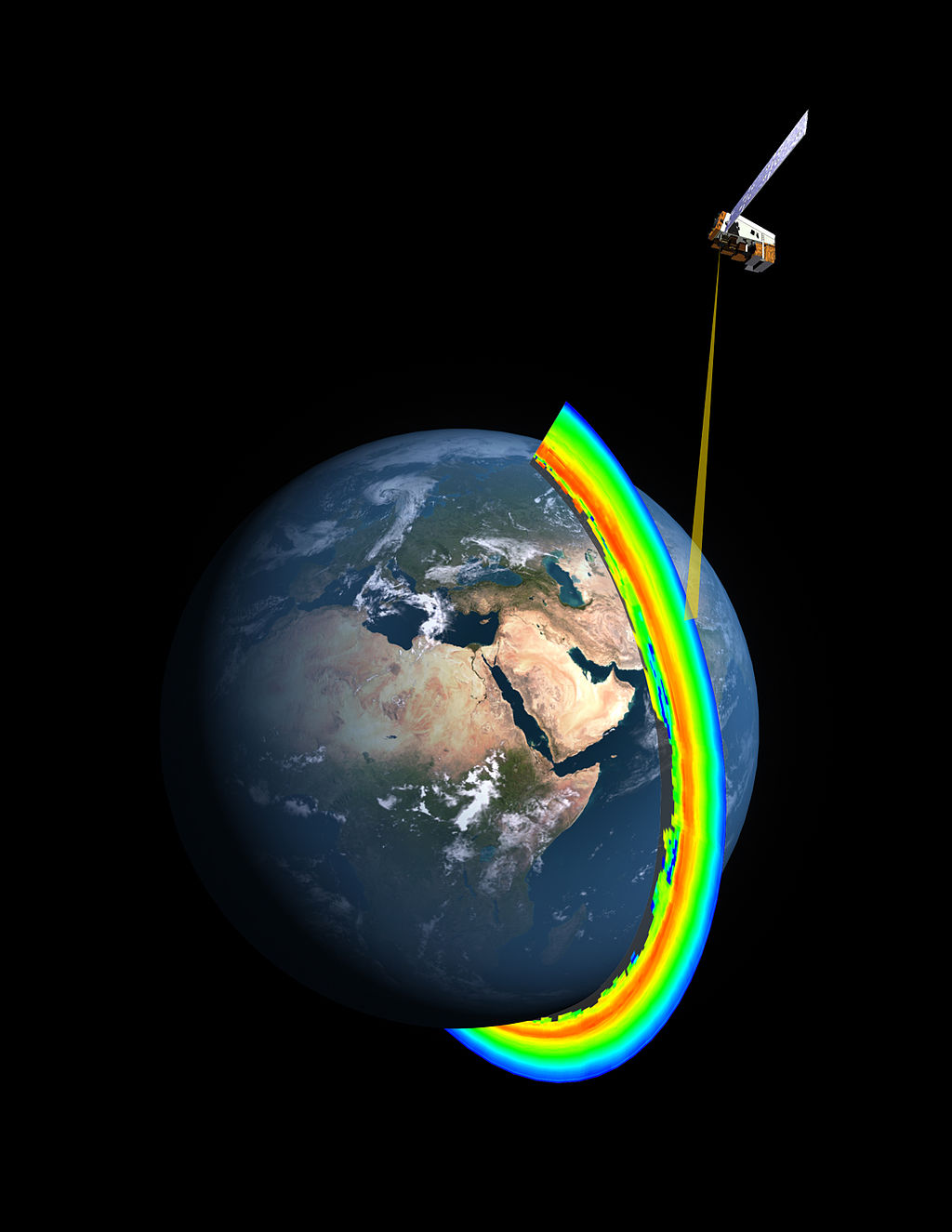 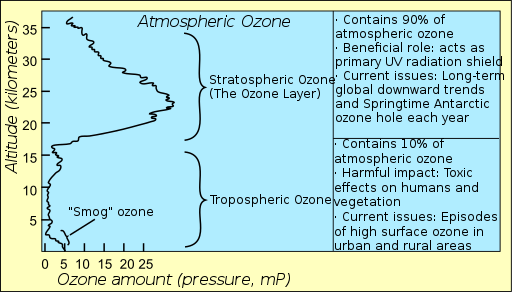 Rastrized and improved by RedAndr, Public domain, via Wikimedia Commons

According to this article from National Geographic, the Earth’s atmosphere stretches from the surface of the planet up to as far as 10,000 kilometers above. It is composed of several layers. The lowest layer, the troposhere,  extends from the Earth’s surface up to about 6 miles or 10 kilometers (km) in altitude. Virtually all human activities occur in the troposphere. Mt. Everest, the tallest mountain on the planet, is only about 5.6 miles (9 km) high. The next layer, the stratosphere, continues from 6 miles (10 km) to about 31 miles (50 km). Most commercial airplanes fly in the lower part of the stratosphere. The stratosphere has a mass of protective gases clinging to our planet. This ozone absorbs some of the incoming solar radiation, shielding life on Earth from potentially harmful ultraviolet (UV) light.

So God created an atmosphere, an Ozone Layer to protect us from the harmful EM waves that the universe radiates. Friends, do you see now how much God loves us and has so meticulously designed the Earth so that we can live comfortably and safely here? Unfortunately some of mankind’s invention and industralisation has caused much polution that is thinning the ozone layer. In the 1970s, people began to realize that the ozone layer was getting thinner and that this was a bad thing. Many governments and businesses have since been taking actions to control pollution that destroy the ozone layer.

If you would like to believe and accept Jesus as your LORD and Saviour and become a child of the God who created this entire universe, all it takes is a believe in your heart and a prayer as follows:

“Dear Lord Jesus, thank you for dying for my sins. I believe you are the Son of God and that You love me and desire to bless me with the abundant life and eternal life that You came to give me. I believe and receive You as my Lord and Saviour. In Jesus name I pray, amen.”

Science does not replace God. Science reveals the infinite wisdom of a God that loves us and has been meticulously protecting us.

If you would like to believe and accept Jesus as your LORD and Saviour and become a child of the God who created this entire universe, all it takes is a believe in your heart and a prayer as follows:

“Dear Lord Jesus, thank you for dying for my sins. I believe you are the Son of God and that You love me and desire to bless me with the abundant life and eternal life that You came to give me. I believe and receive You as my Lord and Saviour. In Jesus name I pray, amen.”