According to “Behind the Name“, the river’s name in Hebrew is יַרְדֵן (Yarden), and it is derived from יָרַד (yarad) meaning “descend” or “flow down”. Watch this video by Jonathan Lipnick about its meaning.

This map is from Wikipedia Commons. 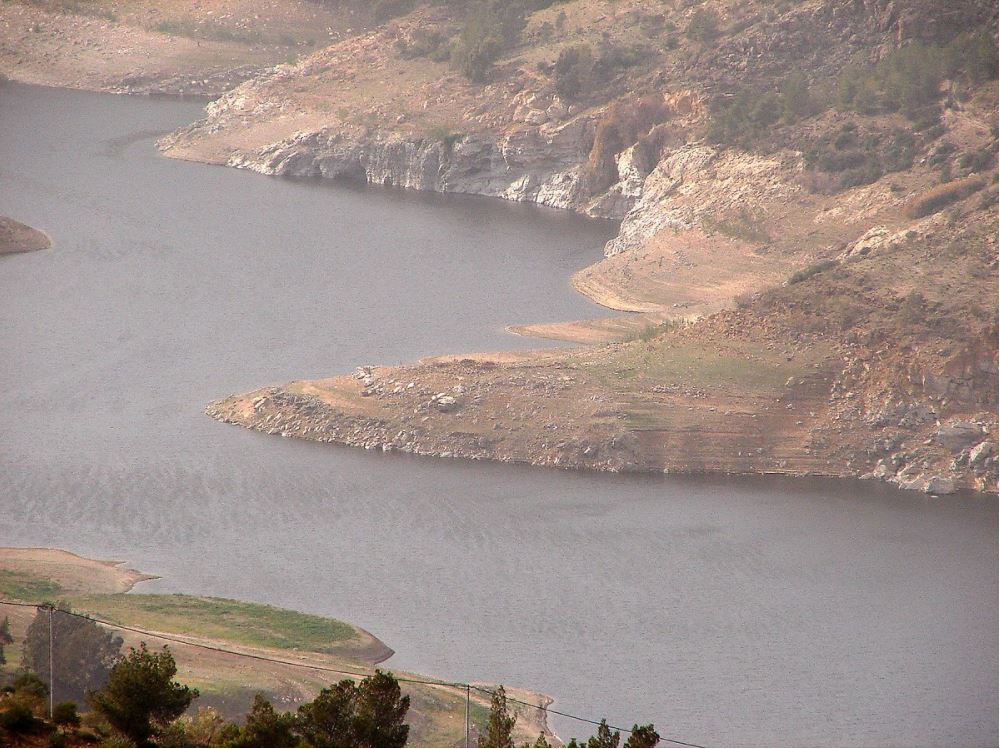 This photo is from Wikipedia Commons licensed under Creative Commons Attribution-Share Alike 2.0.

River Jordan’s significance in the bible.

The place Jordan was first mentioned in the old testament bible in Genesis 13:

And Lot lifted his eyes and saw all the plain of Jordan, that it was well watered everywhere (before the Lord destroyed Sodom and Gomorrah) like the garden of the Lord, like the land of Egypt as you go toward Zoar. (Genesis 13:10)

It was described as a land “like the garden of the Lord”.

Many miracles happened in River Jordan. In the old testament, book of Joshua 3,  God parting the River Jordan for the children of Israel to cross on dry ground. The Jordan was crossed by Elijah and Elisha on dry ground (2 Kings 2:8, 2:14). In 2 Kings 5:1-17 Naaman, the captain of the army of the king of Aram was healed of leprosy by dipping in River Jordan seven times.Then in the new testament, it was stated in Mathew 3:13 that Jesus was baptized in River Jordan before He began His ministry.

According to Wikipedia, the length of River Jordan is 251 km that stretch from north to south passing through the Sea of Galilee and the lowest point on earth, the Dead Sea.

Watch this video (7 mins) that we found on Youtube by Bible Teacher Pastor Mike Todd Fink and learn about the miracles at River Jordan. There is a more detailed video here (24 mins) if you are interested to learn more.